Old Miller Park is being refurbished, will be called “Golden Guernsey Park.”

Jimmy Taylor finally broke his silence this morning, unveiling the new name, logo and uniforms of the CBL’s Milwaukee Milkmen. Taylor thanked the CBL Commissioner and Board of Directors for approving the move so rapidly. He thanked the City of Milwaukee, the new minority ownership group and Milwaukee residents for welcoming the franchise with open arms. Finally, Taylor unveiled the new Milkmen uniforms as no other than Manny Garcia, Jimmy Donuts and Mitch Blanton modeled. 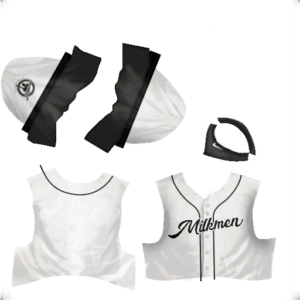 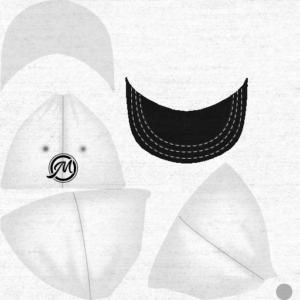 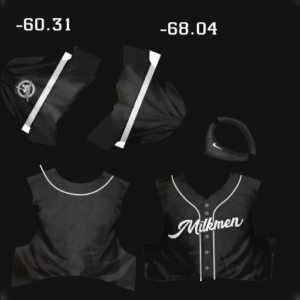 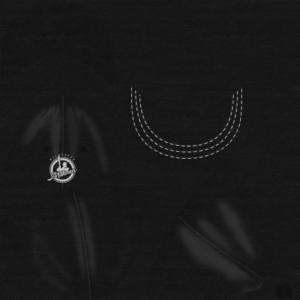 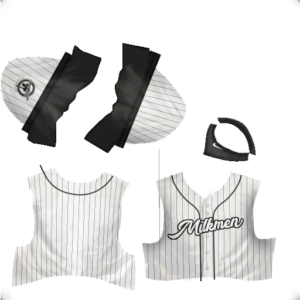 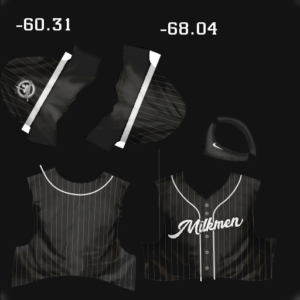 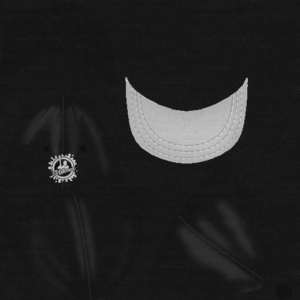 Everyone was in a festive mood as the entire city was invited to partake in the event. Hosted in the stadium’s expansive parking lot, there was food, music and Halloween activities. Even the new mascot, George The Milkman, was on hand to greet party-goers.

“The entire team hopes that this is the beginning of a Championship tradition,” Said Jimmy Donuts between signing autographs.

Loving George the milkman – we need more of a description – what does he look like. Might take over from the old Dreamers poo mascot as my cbl favourite!

I love how clean everything is! From logo to the uniforms! I personally love the black unis with pinstripes.