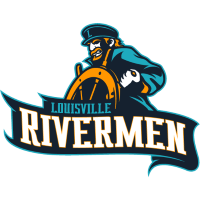 Q: You had quite the reputation around the league during your time with Colorado, what’s changed since retirement?

A: I actually went back to school. Being affectionately called “the village idiot” actually served as motivation to expand my learning and ambitions. Business school brought me to this venture. Its a perfect way to get back into the game and change the reputation I had around the league and with my peers.

Q: A few hours after your group was introduced the team made a big splash with acquiring an electric 24 year old pitcher in Kire Rellam. Did your group have anything to do with this trade and if so how’d the deal happen?

A: “laughs” no we didn’t have anything to do with this. Zima (GM) had this cooking before he knew of any deal. He actually has said he’d be more available to the media so that question is probably best to ask him.

Q: A lot of times new ownership groups have big ideas for the team. Where do you see the team in 5 years?

A: That is a very good question and one our group talked about extensively before making the purchase. We see Washington DC as a big market that has been missing in the CBL since the colonials left. This is a move we are looking heavily into but we also want to listen to our peers and the fans. Louisville hasn’t had too much success but they did reach playoffs as recent as 2044. Fans were looking forward to going to the ballpark and then last year was another down year and fans wouldn’t come even if the tickets were free. Staying in Louisville isn’t out of the question but neither is a move to Washington DC. Time will tell and so will the polls we send out to our peers and fans. More to come on this.

Q: A relocation is a big deal… Any other big moves maybe more in the short term?

A: Well, we have brought the average ticket price down from $12 to $9. Getting closer and closer to giving these tickets out for free “Laughs”

Q: Last question; if the team was to relocate to Washington DC what would they be called?

A: We are still very early in the process. A move wouldn’t happen until next year or the year after but a few names have been floated around by my partners. Washington RedTails, Washington Aviators, and Washington Armada.

Jim Clarridge spent the remaining of his media availability answering questions on team personnel and his vision moving forward. The ownership group seems very invested in GM Zima’s vision and excitement towards the young talent already on the team. He hopes to provide many winning seasons whether in Louisville or Washington DC.