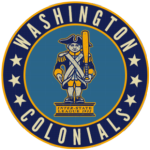 Franchise will now be known as the Milwaukee Milkmen, according to leaked internal communication.

In a surprise late night move, not unlike the NFL’s Baltimore Colts overnight move to Indianapolis almost 60 years ago, Washington D.C. has lost the Colonials franchise forever. Owner Jimmy Taylor has moved the franchise to Milwaukee, Wisconsin.

According to internal communications leaked to ESPN.com, Taylor, a Dallas, TX native, had been discussing such a move for the past 3 years with a secretive group in Milwaukee. The communication pointed to “lackluster support from Washington D.C. residents despite putting 90+ win teams on the field for the last 3 seasons.” It also alluded to an influx of investment from this Milwaukee group, although it is unclear what stake in the franchise said group would have. Taylor didn’t appear to indicate he was relinquishing control of the club. It must be noted that GM Jeff Werstein is a Milwaukee, Wisconsin native and has grown very close to Taylor in his 4-season tenure.

Other leaked documents showed an internal struggle during the post-FL Championship Series management meetings on October 17th. Taylor was furious that the $23 million cash reserves the Colonials started the year with had been depleted. He couldn’t blame Baseball Operations as they put another 90-win team on the field. The Director of Marketing and VP of Fan Experience were directly in the cross-hairs. An argument ensued over declining revenues which resulted in Taylor storming out of the boardroom.

Early this morning, staff from the Marketing and Fan Experience divisions of the franchise allegedly arrived for a normal workday to find the doors chained and all remnants of the Washington Colonials at Colonial’s Ballpark gone. Still being able to access the team’s email servers,  in an email directly from Taylor, staff were notified that the franchise had moved to Milwaukee, will be known as the Milkmen and that the Director of Marketing and VP of Fan Experience had been sacked for failing to capitalize on the club’s success and generate revenue growth.  The status of the 40-year lease of the ballpark from the City of Washington D.C. is unclear.

ESPN.com is still investigating this breaking news story and will provide updates as they are available.

I wish your team the best in, Milwaukee! Fans in Washington will be sad, but I hope the Colonials aren’t the last CBL team to play there.