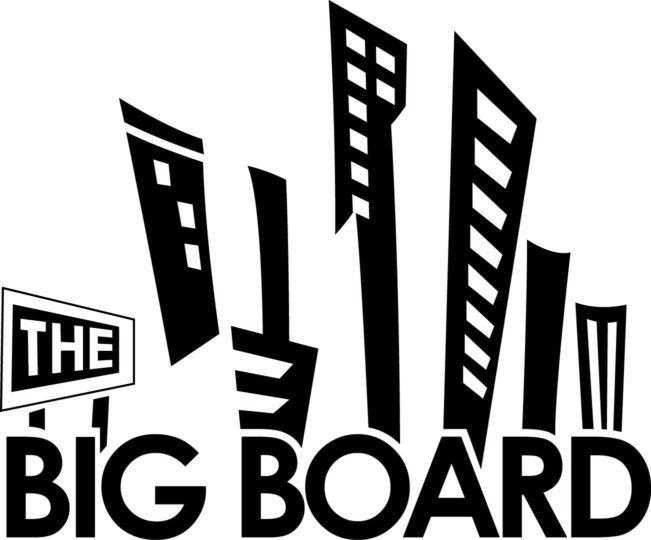 With the annual amateur draft just hours away, let’s take a look at the final 2042 Big Board. The board has been compiled with discussions amongst OSA scouts, league executives and other voices we value.

Ohio State had a miserable season, going just 19-31 and finishing in second-to-last place in their 16-team conference. They managed this poor showing despite possessing the best hitter in college baseball, Putney Swope. The sweet swinging left hander played two full seasons for the Buckeyes, hitting .377/.463/.638 with 12 home runs during the 2041 season, before hitting .356/.461/.706 with 16 home runs this past season.

Swope isn’t going to win a gold glove or scare anyone on the basepaths, but he projects as a potential middle of the order bat who has a very well rounded approach at the plate. At just 20 years old, he’s very young for a draft eligible player, but he’s likely the most CBL ready player in the draft. He could theoretically make his debut as early as this time next season, although a more realistic timeline would see him starting by Opening Day 2044 for whichever team is lucky enough to land him.

The only thing working against Swope is his position, as a team with the top pick may be looking to add a player at a premium defensive position. But Swope’s combination of upside and quick path to the big leagues makes him the top prospect in the draft.

While Seaver didn’t have quite the senior season most scouts expected, he was still great. His sophomore and junior seasons were otherworldly, however, which is why some teams seem to be moving Seaver down on their boards. There have also been rumblings of a less than ideal work ethic, which always scares scouts, especially hours before the draft.

After posting a 0.66 ERA as a sophomore and a 1.54 ERA as a junior, Seaver saw his ERA climb to 3.17 this past season. His strikeouts have also been trending in the wrong direction since that breakout sophomore campaign, but he still struck out 69 batters in 54 innings, and he consistently throws in the triple digits. With a nearly developed three pitch mix, and a very minimal injury history, Seaver is nearly CBL ready now and possesses plenty of upside to become a #1 starter in the future.

Some teams may be scared off by the down senior season, but there’s no denying most teams would love to have Seaver sitting atop their prospect list at season’s end. Some scouts feel he could be on an opening day roster next season, in 2043. We project a mid-2043 debut, which is still lightning quick for anyone drafted this year.

A four-year starter at UCLA, Barnick had his best season this year, posting a 1.72 ERA and striking out 73 batters in 62 2/3 innings pitched. Barnick’s size (5’10”) and injury history (Rotator Cuff injury as a freshman, Bone Chips in his elbow as a junior) give teams some pause, but his production suggests he shouldn’t need a lot of time in the minor leagues before he makes his debut. That kind of quick-to-the-CBL type of development should help minimize the injury risk, at least in the short term.

Barnick has been using a five-pitch mix during his time at UCLA, although scouts feel his forkball and knuckle curve need a lot of development to be useful pitches at the next level. His makeup is off the charts, though, and he was undeniably the leader of the UCLA Bruins team the past two seasons. If a team tells him to only throw his fastball/slider/changeup, Barnick seems like the kind of kid that will have no problem scrapping his forkball and knuckle curve.

But most teams will at least try to develop those two pitches, because if they develop into CBL caliber pitches, Barnick may have the highest upside in the entire draft.

A 6’3″ college junior, Peredo posted a 1.94 ERA this past season, striking out 69 batters while walking just 10. Peredo is considered the most durable college starter in the draft, combined with his high stamina, should make him a quality innings eater at the CBL level in the near future.

Scouts don’t believe Peredo is as far along as Barnick or Seaver, and his upside isn’t quite as high as those two either, but for teams looking to mitigate risk, Peredo is likely to be high on those boards. He’s been clocked between 93-95 MPH this spring, but scouts feel his 6’3 frame should be able to add muscle as he gets older, and that should result in a velocity increase as well. With a slider/changeup combo that projects very well at the next level, an improved fastball would make Peredo even tougher to hit.

A four-year starter for Rice, Tueller has made 42 starts over the past 4 seasons and has been remarkably consistent. He’s posted ERAs of 2.18, 2.91, 2.89 and 2.03 over his four year collegiate career.

With a 96 MPH fastball, a cutter that most scouts love, and an ever improving changeup, Tueller’s three pitch mix looks nearly CBL ready. He needs some work on his control, and like most young pitchers he’s prone to the long ball, but most scouts expect him to have no problem developing all three pitches in the near future. At 6’4″, 195 pounds, he could conceivably add velocity as well, and a 98-100 MPH fastball would make his cutter that much more impressive.

Tueller projects more in the #2 starter range, but his collegiate experience makes him a safe, useful player that should contribute in the near future. In a league in desperate need of pitching, Tueller’s ability to eat innings and get outs would be welcomed by any organization in the league.

Springs is the most polarizing prospect in the draft. Some teams feel he has the most upside of any player, and he sits atop at least two teams draft boards according to sources. However, eligibility issues tied to his grades kept him from pitching until this season, and Georgia only used him in 4 games to keep his workload down.

At 6’3, 215 pounds, Springs already has a big league body. He has a five pitch mix that scouts feel is oozing upside. While his curveball, slider and changeup aren’t developed well at this point, the potential for those, along with a 99 MPH fastball and a very effective forkball, give him league leading strikeout potential in the future. Despite being a college pitcher, Springs lack of playing time and just general development has scouts worried that he’s a bit too old for his developmental track. Some teams have him as a second round pick, which shows how far the scouts vary on this young man.

In his 4 starts this year, Springs posted a 3.43 ERA, but he had 36 strikeouts and just 6 walks in 21 innings. He will be intriguing to follow during the upcoming minor league season by whoever drafts him.

Scouts feel he’s one of the worst defensive high school players they’ve ever seen, and he’s almost certain to be forced into a DH role long-term, which is why he’s ranked at #7 despite possessing the highest upside bat in the entire draft. Scouts feel the Vancouver native has one of the prettiest left handed swings they’ve seen in decades. At 6’5, 200 pounds, it’s almost a guarantee that Macdonald will add 40-50 pounds over the course of his career, and scouts feel that will only help his power as time goes on.

Teams who value upside more than anything will be tempted to make Macdonald their first round pick, because there’s no denying the offensive potential suggests a future triple crown winner if everything breaks right.

Just another Albright in the long line of CBL draft picks, “Cupid” is a 6’7, 210 pound starting pitcher that had a superb collegiate career for Texas Tech. After posting a 1.70 ERA in 11 starts last year, Albright posted a 2.73 ERA in 11 starts this season. His 59:13 K:BB ratio almost matched the prior season, but he went from allowing 0 home runs as a sophomore to 7 home runs as a junior.

Albright’s performance and 100 MPH fastball scream top of the rotation potential, but scouts remain concerned that Albright’s changeup is still very poorly developed. After he struggled with it in an early start this season, Albright stuck mostly with his fastball-slider mix. If he can find a way to develop that changeup, he should be a starting pitcher for a decade or longer, but because his fastball-slider combination are thought so highly of, Albright’s floor appears to be as a high leverage reliever.

Obviously teams drafting in the top 10 are looking for more than a future set up man or closer, but considering the potential ace upside, Albright seems worth the risk if for no other reason than he seems set to be a great reliever if nothing else.

A college junior, Cunningham improved each season at Louisville, and he posted a 3.23 ERA this past season while walking just 5 batters. He has a five pitch mix, one of which is the always interesting screwball, but scouts don’t believe the screwball will be a CBL caliber pitch, which effectively gives him a very solid four pitch mix.

His work ethic is second to none, which helps explain his consistent improvement each season, and he should only get better as he gets into a professional system and focuses on baseball exclusively. With a very minor injury history and collegiate success, Cunningham is the kind of prospect teams like to target because it’s unlikely he’s going to be a complete bust and make the front office look foolish.

Zuker’s production and his long-term potential from scouts don’t mesh at all. After hitting .347 as a junior for Rice, scouts pegged him as a potential number one overall pick. His ability behind the plate is very good, and there’s little doubt he will stay at catcher in the big leagues. That is undoubtedly the league’s weakest position, so a plus defender and a plus bat would make Zuker a potential superstar.

Unfortunately, Zuker followed up his .347 junior season by playing in just 14 games due to a fractured thumb, and he hit just .278/.350/.315 with almost no power, hitting just 2 doubles and no home runs in those 14 games. Zuker will have a future in the CBL even if he’s just a singles hitter and solid defender, but there’s a huge difference between a potential batting champion behind the plate and a singles hitting backup catcher.

That wide range of possibilities makes Zuker an interesting player to watch on draft night, as he could potentially go in the top 5 or fall out of the first round completely.

Best of the Rest