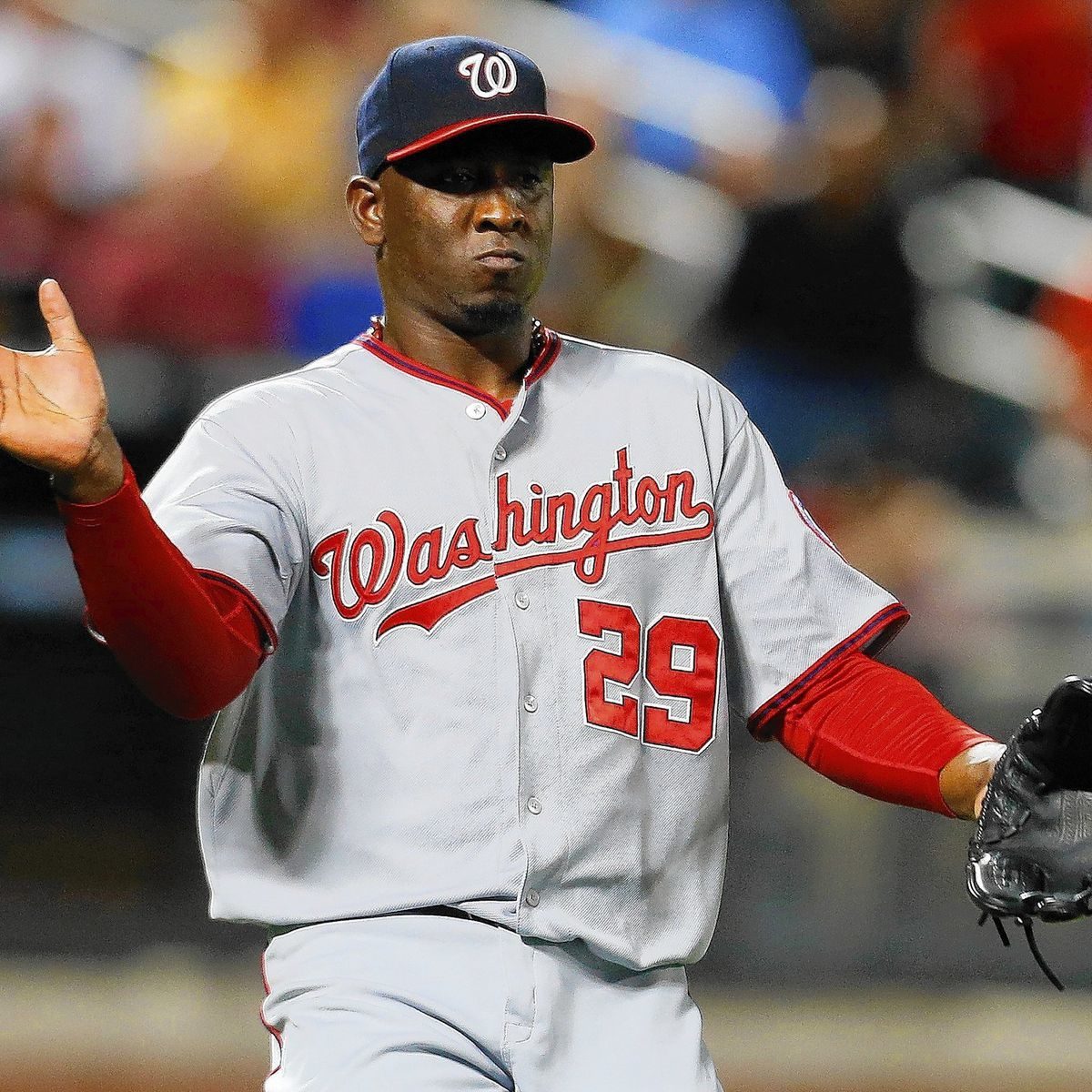 Eight seasons without a wining record. With a new city, a host of new players, team officials are hoping for a new result. The off-season saw the Colonials aggressively pursuing pitching targets, bringing in four new arms while missing out on some of their bigger name targets. The prize signee was closer Harvey Specter, a five-star rated reliever who had 26 saves over the past two seasons. With the Colonials near the top of the league in blown saves, acquiring a reliever of Specter’s caliber was a top priority this off-season.(Editors note: Specter was injured in Spring Training and will be out 3-4 months) Joining Specter on the pitching side are two new additions to the Colonials starting rotations, Julian Velasco and Erik Bebout. The 28-year old Velasco was 7-14 last season with a 3.41 ERA while the 30-year old Bebout was 10-11 with a 4.56. The biggest addition on the offensive side was RF Johnny Wilson who was claimed on waivers from St. Louis.

Although it may not look like much to those who don’t follow the Colonials, the starting rotation is quite improved from last season. Velasco will the opening day starter, while the 26 year-old Rasputin hopes to build off a strong campaign last year. McClammy is the wild card, as the 22-year old has great potential, winning 11 games in Triple A before being called up in August. While he struggled during his six starts, Washington’s coaching staff has high hopes that he can put together strong campaign a member of the opening day rotation. Deschu gets the first crack at the 5th starter position. He won 6 games and had an impressive 2.40 ERA in Triple A before his call up. Should he struggle, expect minor leaguer Tim Sparks to take over his role in the starting rotation. With Specter out for 3-4 months, the Colonials will use a closer-by-committee system, with former starter Eldon Goulet getting the first crack at the role.

There was not a lot off-season activity as the Colonials bring back a majority of last seasons lineup. Wilson was a surprise waiver pickup late in the off-season and  will immediately take over the starting right field role. The 22-year old Garcia was an all-star selection last season and should continue his ascent to superstardom. The 27-year old Stream is a former all-star and will man lead-off duties. The big question marks center on Nakagawa and Donuts. Nakagawa was the big free agent signing last off-season, inking a $25 million/3 year deal. He proceeded to have one of the worst seasons of his career and served as a general clubhouse distraction. He’s a four-time former all-star, and the Colonials need him to find the magic he once had as they are spending too much of their payroll for him to strike out 202 times a season. Jimmy Donuts is the #3 rated prospect in the Colonials organization, the #1 rated batting prospect, and the #14 prospect overall in the CBL. He spent 15 games with the club last season but will get a chance to start on the opening day roster this year.

Beau Berkowitz, #1 overall prospect in CBL. The 20-year old Berkowitz has future star written all over him. He has a great fastball, changeup, and incredible overall stuff. He was the #1 overall pick in the 2034 draft. Last season he was promoted to Double A South Charleston Oaks where he will start the 2037 campaign. The Oaks have a new pitching coach who should help nurture his development.

Baker Mayfield, #11 overall prospect in CBL. The #3 overall pick in 2033, Mayfield also spent time in both Single and Double A last season. The 21-year old will start this year alongside Berkowtiz in South Charleston. That’s one heck of a rotation for the Southern League team! The Colonials front office plans on being patient with Mayfield and will try not to rush his advancement.

Mike Grimes, #23 overall prospect in CBL. Grimes was the #1 pick in last years rookie draft. The former Georgia Tech Yellow Jacket hit .275 with 7 HRs and 36 RBIs in Single A. The Colonials scouting department recommended that Grimes skip past Double A ball, and he instead will start the season with Triple A Atglen Hens. Expect Grimes to be ready to take over the starting 3B job just Nakagawa’s contract is set to expire.

Interview - Dan of the Vancouver Canadians