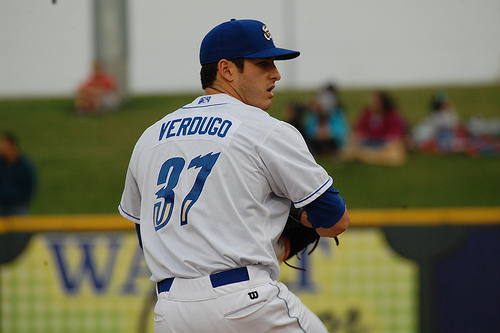 Boston Minutemen Pitcher, Ryan Verdugo will be wishing the season could continue. His hot streak saw him win September’s Pitcher of The Month award after posting a 4-0 record from 5 starts. Incredibly in his last 4 starts Verdugo pitched 31.1 innings giving up just 15 hits and 2 runs !

When facing the media Verdugo commented on how he was feeling good and that all the hard work behind the scenes was paying off. Verdugo also paid tribute to Pitching Coach Tommy Phelps “That guy is great! He sits you down and tells you straight what you’re doing wrong and then how we are going to fix it. He always emphasises the we – it’s a team game and I’m glad he’s part of our organisation!”

The 43 year old Korean, Phelps, joined the Minutemen this year after GM Doyle took over having worked with the Washington University Waves previously.