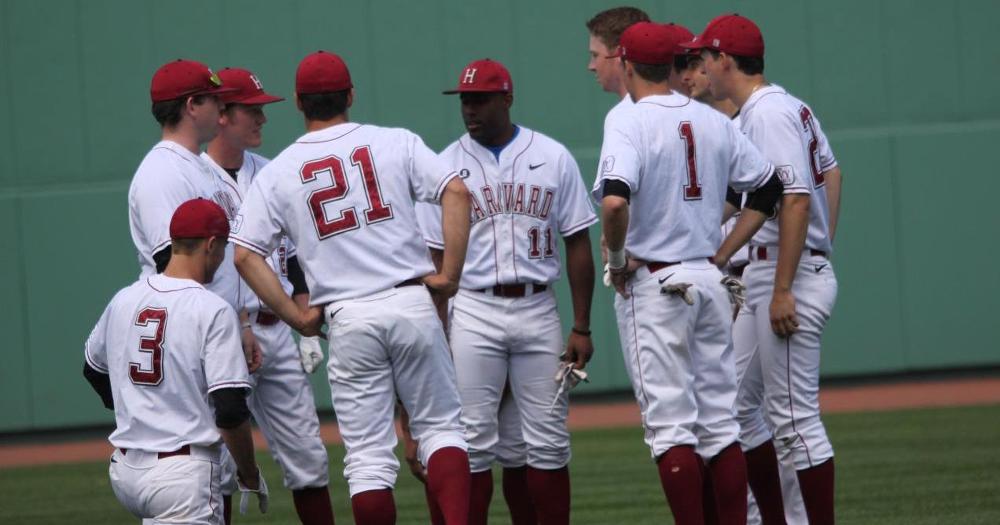 [Editor’s Note: This is Part II of a IV part series. Part I can be found here.]

It had been an eventful first month of professional baseball for Kevin Hudzik. After the whirlwind month of June saw him graduate from Harvard and sign his first professional contract, July became even crazier.

Hudzik had been used out of the bullpen for the Lake County Captains exclusively, with the organzation telling Hudzik to stop using his well below average changeup in games.

“The staff in Lake County was really into the sabermetrics of pitching,” Hudzik tells me. “As a biomedical engineering major I certainly appreciated the attention to detail. They showed me that my changeup was getting rocked, even back to my Harvard days, among other things.”

Joe Coleman and Corey Domel are the staff members Hudzik raves about the most. Coleman was Hudzik’s manager at Lake County, and has been a minor league manager in the Millers organization all the way back to the 2021 season. He recently signed a five-year extension to stay in Lake County. Domel is the Lake County pitching coach, and has been there since Hudzik’s sophomore year of college, 2030. Domel is signed through the 2038 season.

Lake County has an entire video room dedicated to the pitching staff. Edgertronic cameras capture every pitch that is thrown, with staff members trained how to both understand and explain the data to players.

When the Millers signed Hudzik, it was somewhat by accident. A few days earlier, the team had agreed with Harvard’s left-handed flame thrower on a contract. Sean Douglas was undrafted, but his improvement each season had impressed the Millers organization enough that they felt he was worth a longer look. When Douglas signed, he told Millers assistant general manager Dan Kantrovitz that they should look into his college roommate as well, Kevin Hudzik.

“My first thought was, come on kid, we’ve scouted everyone of value,” Kantrovitz tells me, laughing. “But then I thought, what the hell, it’s not any extra work for me, and I called Domel down in Lake County.”

Domel was told to watch some video of Harvard starting pitcher Kevin Hudzik. Kantrovitz had looked up Hudzik’s stats before calling, and he was interested in the 1.73 ERA Hudzik had posted in his junior season. Maybe those Lake County guys could find a gem.

The first thing Domel noticed was that Hudzik was clearly tipping his changeup. His circle change grip was exposed by his oddly placed pinky finger, giving any good hitter the ability to see what pitch was coming well before Hudzik released it. A look into his numbers at Harvard by pitch selection made it even more obvious. Batters were hitting .441/.533/.893 against his changeup.

Domel went to Coleman’s office with the scouting report on this unsigned free agent out of college. He told his manager that Hudzik had a great slider-fastball combination, and by simply not using his changeup, Domel felt that Hudzik would be a very effective reliever for their team immediately. Coleman liked what he heard. He told Corey to call Kantrovitz back and tell him to sign him, and send him to Lake County. Hudzik was signed 6 hours later.

When Domel got off the phone, he and Coleman began planning a pitching program that would allow Hudzik to change the grip on his changeup slowly over the season. They did not want him to use it in any games that season, because they were afraid he’d go back to his bad habits, and it wasn’t necessary as he was going to be used as a reliever anyway.

“Kev was great. He didn’t have any problems with our plan for him,” Domel told me via email. “He just wanted to get better. He worked his tail off.”

“I felt like I had finally been coached the right way,” Hudzik says. “These guys seemed to genuinely care about my development. Some undrafted nobody. I was impressed.”

Over his first 22 appearances, Hudzik was raising eyebrows across the Midwest league. After striking out 73 batters in 3 full seasons at Harvard, Hudzik had 57 strikeouts in 31 innings coming out of Lake County’s bullpen. But while he was raising eyebrows with his performance during games across the league, Coleman and Domel were in shock by his changeup’s improvement.

Still banned from using it in games, Hudzik had been given clearance to start experimenting with it in simulated games he would start every 10 days, throwing 3 innings at a time. Elton Hedgecock, who hit .352/.400/.648 with 39 home runs for Lake County that season, struck out twice on seven pitches, flailing wildly at the late dipping of Hudzik’s new changeup.

“Start his ass,” Hedgecock reportedly shouted toward manager Joe Coleman after his simulated game. “Trust me.”

Start his ass, they did. Although the plan originally called for Hudzik to begin starting games in 2033, his timeline had been moved up. Rather than throw simulated games every 10 days along with bullpen work, Hudzik would simply enter Lake County’s rotation.

Hudzik wanted to share the good news with his best friend, but he knew Sean Douglas had just been released by the very organization that he was improving with so much. Still, he felt he should make a phone call.

The phone was answered on the first ring. Hudzik told Douglas the good news, and Douglas could not have been happier for his friend. Douglas was curious, though, how was he striking out so many guys suddenly? Were the Midwest league kids that much worse than the Ivy League hitters?

His former roommate explained how he had completely revamped his changeup, and the staff had shown him why he was struggling so mightily to strike batters out with it at Harvard. Douglas asked Hudzik if he could look up Douglas’ numbers at Harvard, maybe he could change something too. Hudzik told him he’d take a look the next day, and get back to him.

When Hudzik had Domel take a deeper dive, Douglas had the same poor stats on his changeup that Hudzik had, but he didn’t see any obvious reason as to why. Still, it was clear to Domel that Douglas had clear potential as a two-pitch, late inning reliever. He had a 99 MPH fastball and a 94 MPH cutter that appeared to run across the entire plate. Unfortunately, though, the Millers had already released Douglas, and league rules prevented them from bringing him back until the off-season. Domel was furious that the organization had simply released him.

After speaking with the Millers GM, Domel felt comfortable calling Douglas himself. He explained that the organization had made a huge mistake, and he had a plan to use Douglas next season, even if he wasn’t a member of Lake County’s team.

“He told me I had a ton of potential, and that meant a lot,” Douglas says. “It was weird to hear it from the organization that just released me, but Corey’s been super helpful since we spoke the first day.” Kevin Hudzik’s late night phone call to his friend had led to the Millers signing him, the same way Sean Douglas spoke up for Hudzik when he first signed.

The Harvard graduate Hudzik made four starts to end the season, throwing 19 innings, striking out 16 batters while he worked to perfect his new changeup. The staff at Lake County knew Hudzik wouldn’t be with them next season, but they helped give him a specific off-season plan to help his changeup improve even more. Hudzik had struck out 73 batters in his first professional season, the same amount he struck out in 3 full seasons at Harvard. He did it in 110 less innings.

At his final in-season meeting, the staff told Hudzik he had improved more than they had ever imagined. They originally projected him as a potential middle reliever one day, and after just two months, he’d developed into a capable starting pitcher. If he could continue to improve during the 2032 season, who knew where he’d end up. They emphasized what an important off-season it was for him.

Kevin Hudzik finally felt like he belonged in professional baseball. Then, on December 11, the organization re-signed Sean Douglas, sending him to AA. Hudzik was also promoted to AA. The two Harvard teammates would be roommates again. And the upcoming 2033 season would potentially change pitching development forever.