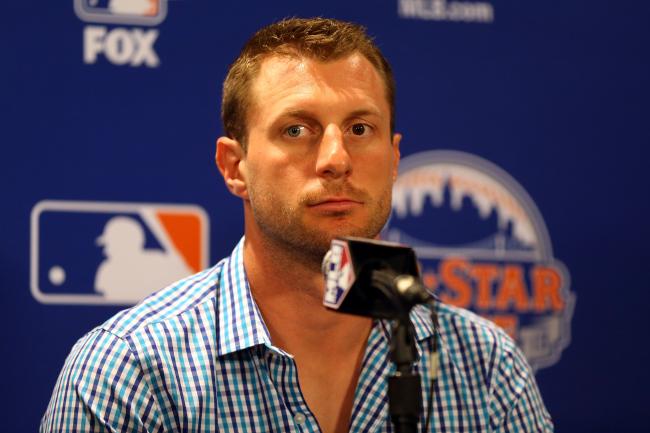 As you seen in the previous post about the Canadians off season trade recap, this one will focus on the free agents signings. The Canadians addressed many of their off season needs through trades but wanted to add some pieces in free agency to really have a good push this year for the playoffs.

The team started the off season with a few smaller signings of relievers Shawn Kelly and Canadian Jim Henderson. The bullpen needed some more depth and those moves accomplished that. The next signing was a big one, with the Canadians signing Max Scherzer to a 3 year deal worth 14.8 million which was a good deal regardless that he missed the 2015 season and had a terrible record during the 2014 season. In 2014, while having a 0-8 record, he still managed to pitch over 100 innings, had an ERA of 4.35 which is average, but had a decent WHIP of 1.23 and 7 K/9. Looking at this run support that year, he only got 2 runs per game in run support which will show why he never got any help to win games. With a tremendous offence and great revamped defense, he should excel in Vancouver.

The Canadians resigned Ian Desmond next to add some depth at SS and it only cost them $800,000 instead of 5 million he wanted in arbitration. Desmond had a terrible year last year and will be hoping to bounce back to score big in FA next year so he should have a good year.

The Canadians really helped the bullpen with signing Luke Gregerson to a 4 year 44 million dollar deal, 35.25 mill gurranteed (4th year is an option). He will compete in Spring Training with last years closer, Jeremy Jeffress for the role as closer. The bullpen looks loaded now and newly signed Manager Oscar Washington said that he is not sure who he will have in the bullpen this year because he has too many good options to choose from. Between newly signed stars to guys that broke out last year and preformed like all stars, he will have a great selection to choose for his bullpen but unfortunately, some deserving might be sent to AAA for depth or traded for another piece to the team puzzle.

With the signing of Lariano, it pushes out Tanner Scheppers of the rotation (assuming Bauer is given the 4th spot and Lariano the 5th) since Scherzer, Fernandez and Hudson are locks for the top 3. Scheppers has great potential to be a 2-3 starter but struggled last year. He also has the stuff to be a back of the bullpen arm. The bullpen is a little crowded right now though, so where Scheppers will end up is a mystery. AAA is full of young starters ready to make their impact in the CBL, including Taylor Guerrieri who scouts think is CBL ready. The 1 year deal of Lariano will serve as a carry over to give Guerrieri and Hoffman a chance to pitch at AAA, since last year they were at AA. Next year there will still be 5 starters under contract at the CBL level but things change so for now, Courcelles wants to see how Guerrieri handles AAA hitting. When acquired, Guerrieri was going to be given a shot at the CBL roster but with the signings in FA to compete for the playoffs this year, he will be sent to AAA to perfect his pitches and hopefully dominate the CBL when he gets called up.

That is all for the recap, the Canadians look like they are ready for Spring Training and Opening Day. GM Courcelles said he’s ready to start the season today, and hopes that Spring Training flies by to see his new team on the field in the regular season.

Sitting Down With Frisco's GM