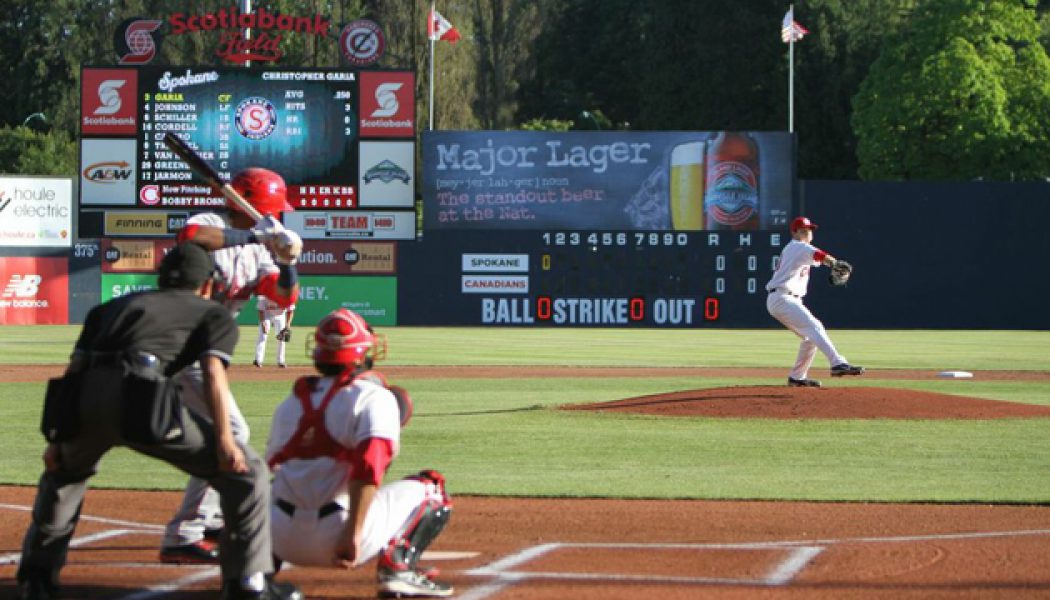 Fernandez walks into Nat Bailey park around 10 AM PST Friday morning, coming back from the All Star break where he pitched an inning with 2 walks, no runs and 1 strikeout. The All Star game appearance is nothing new to Fernandez. He’s been in his fair share of those games. However, being a playoff contender is new to him. Vancouver finally made their first playoff appearance in franchise history last year and are looking to make another one for the second year in a row. I thought it would be good to do a review of the team up to the All Star break and discuss their success and places where they have failed or need improvement.

First, lets give out some mid-season awards:

MVP of the season so far: SP Jose Fernandez

Best Hitter of the season so far: 1B Matt Davidson

Suprise performance of the season so far: 1B/DH Walt Carr

His .279/.362/.374 is definitely better than expected for a rule 5 pick. Slugging is dissapointing but .362 OBP shows that he’s getting on base. Good sign for a young hitter who can get walks and get on base. Power will come once he gets more comfortable with CBL pitching. He’s actually hitting lefties better than righties (.321 vs .272) even though he’s a lefty hitter. His preformance at DH has been more than what Vancouver could expect, even though more homers and doubles would be better. It’ll be interesting to see how he finishes the second half of the season, specially with highly touted prospect Keller coming up the organization.

Now on to some analysis of the team.

Hitting: Their hitting has been middle of the FL and nothing to be impressed about but they are doing enough to win games. Imagine if they had a little bit better hitting with that stellar pitching, they could arguably be the top team in the league.

Pitching: I’d say that their pitching is best in the FL. They are 1st in bullpen ERA, hits allowed, OPP Avg and BABIP. They are also 2nd in Team ERA, Runs allowed and BB. They are the best in the FL at minimizing hits and when the ball is in play, they have the ability to get the out with their stellar defence. Their rotation is suprisingly 4th in ERA but they still have 4 starters with over 10 wins already. All 4 starters are on pace for almost 20 wins, which is impressive regardless of if you beleive pitcher wins are important or not.

Place for Improvement: Vancouver could use a hitter that could raise their team average a bit, someone who can hit for contact with a high batting average. Ed Scott coming back from injury could help that if he finds his groove again. If their starters could bring their ERA down, they could definitely reach almost 20 wins each.

The Canadians definitely look set to compete for the championship and would probably benefit from acquiring a hitter at the deadline but they definitely have a shot (barring any major injuries) to get to the finals.