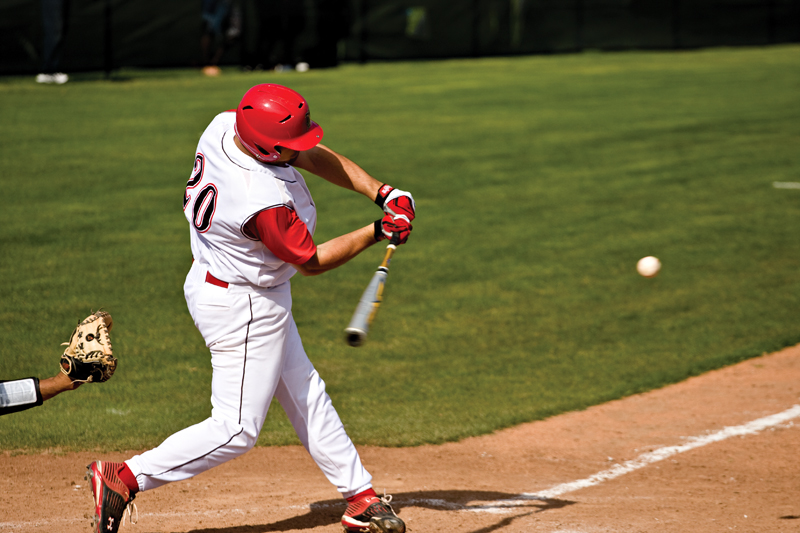 As we head to the dog days of summer, there’s still a long way to go for the CBL season. However, the college and high school seasons are over, which means it’s time to ponder the future. Today we’ll take a look at the top six performances from the collegiate level, and sometime soon we’ll look at the high school players as well.

Dooley performed admirably in his sophomore season, leading all collegiate players with 30 home runs. He produced in minimal games as a freshman for the national champion Nebraska team, before playing in 95 games this year. His .274 batting average has a few old school scouts questioning his ability to hit in the pros, but his K:BB ratio and power numbers are impressive. He also brings very good base running instincts along with average speed, and should be a solid defender as well if he can stay in shape.

Piper led all of college baseball in strikeouts, finished 9th in innings pitched, and almost all scouts agree his 4-pitch repertoire is second to none. His control had been a worry coming into the season, but he walked just 30 batters compared to his league-leading 278 strikeouts after walking just 15 compared to 102 strikeouts as a freshman. His control doesn’t appear to be a serious issue. He gave up 13 home runs this season, which is high, but he didn’t allow any as a freshman which had two scouts calling this season “bad luck” and “an anomaly” as far as the home runs were concerned.

Gilfillan finished near the top of the leaderboard in several offensive categories. His 1.020 OPS was second in the league, and has many scouts suggesting his bat has more potential than previously thought. He added 28 home runs and projects to be an average defender at the next level, and thanks to a monster season he’s now squarely on scouts radars. His intelligence has been questioned at times, and rumors persist tutors routinely spend hours ensuring he passes his classes. But at 6’3 and 210 pounds as a 20-year-old, his upside is immense and the power may continue to grow.

As a true freshman, Jimmy Goodwin was a phenom. There’s nothing else to call the poise and pure dominance he displayed game after game. His 1.12 ERA was second best among college players, and he posted an extremely impressive 13:1 K:BB ratio. Goodwin is undoubtedly the top player to watch in the college game heading into next season. Scouts like that he also has 4 above average pitches, although at this point they insist none project to be elite. If he can again show his impeccable control as a sophomore, Goodwin has a chance to be a very high draft pick when he decides to leave.

Bradley had a remarkable sophomore season after impressing a lot of scouts as a freshman. Bradley posted a 0.98 ERA this season, adding 212 K’s while walking just 20. He’s now made 35 collegiate starts, posting a 16-4 record, a 1.24 ERA and a reality-bending 327 strikeouts to just 37 walks. His WHIP is 0.78. Bradley will be one of the top picks in the draft, and he’s got a real shot at going #1. He projects as a top tier starter if all three of his pitches develop, but his floor would seem to be as a truly dominating late-inning reliever. He’s safe with a ton of upside for anyone near the top of the draft.

If anyone other than Steve Beck is the top pick in the draft, many baseball fans would be shocked. All this kid has done as a collegiate player is hit. As an 18-year-old freshman last season, Beck hit .465/.579/.870 with 20 home runs in just 185 at bats. He was his conference’s top hitter despite playing in just over half the games. With expectations sky high coming into this season, Beck didn’t disappoint. He hit .392/.457/.795 with 29 home runs and again was his conference’s top hitter. Beck fractured his ankle in late May, and he’s likely to be out of action until late September at the earliest, but his production and potential should keep him at the top of the draft.