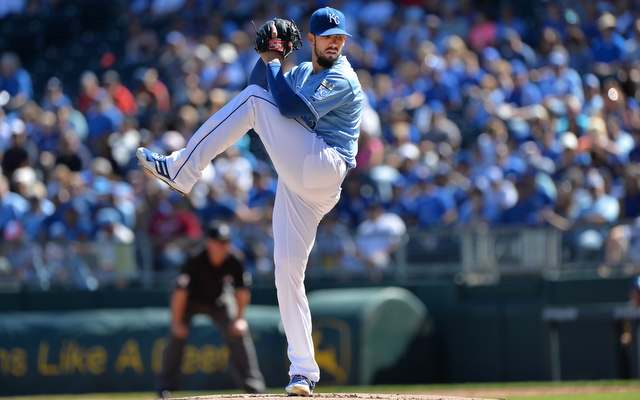 Shields was acquired to help the Canadians push for the playoffs.

After the news of Dalton Pompey being called up spawned lots of media attention and buzz around the Canadians clubhouse, the Canadians were hit with news of another player to be joining their team and the run to their first playoff appearance in organization history. James Shields and prospect closer Daron Jackson were acquired for left fielder Dyan ‘Tank’ Viciedo, shortstop Ian Desmond and pitcher Robbie Ray.

This ends the speculation and rumors that Viciedo was going to be sent out of Vancouver’s organization. After hitting .308 last season for one of the best averages in the CBL, he has hit a sub par .209 this season with the Canadians. His production will not be missed in Vancouver, along with the disappointment that Ian Desmond has been in his 2 years in Vancouver and in AAA Salem Keizer. Viciedo had told coaches he was not pleased with his conversion to DH from LF despite terrible fielding last year. He was also upset about his demotion to AAA a couple times this season.

Coaches have mentioned that he is a ‘me first’ type of player and exhibits a greedy personality and is not a team player. GM Courcelles still said at the press conference “We wish him the best in Altoona and they are getting a heck of a player. He can hit with average and power when he’s on his game. The change of scenery will do him good and also for Ian who’s struggled the past couple seasons here.” Many people in Vancouver are happy to get rid of ‘Tank’ and his Tank sized ego. The team should be better off without him and the clubhouse will benefit from the hard working and wanting to win from James Shields.

Shields is known as a very quiet player who isn’t a visible leader but shows by example with his hard work and dedication to the team. The clubhouse will benefit from having him there and one of the team leaders Evan Longoria said at the teams workout this morning “James is definitely going to help the starting rotation be the best they can. Our rotation looks fantastic on paper but hasn’t shown their full potential. With young guys like Fernandez and Gray, he will definitely influence them with his work ethic and dedication to win. With Tucker (Barnhart) catching him, he should excel with us. Max (Scherzer) definitely bounced back with Tucker catching when critics had written him off.” A very well put statement by what players call in the clubhouse the captain of this team.

This trade could be the little push that the Canadians need to push themselves to the division lead. With the news of the acquisition. Trevor Bauer looks to be going down to AAA after his start to make room for Shields. Bauer has under preformed this season after a good 2015. He will join another starter who struggled this season in AAA, Tanner Scheppers. Now that there is are 4-5 CBL ready starters in AAA, things could get interesting soon.

The Canadians seem to have a ton of starters and depth but no where to put them. That said, Shields is a FA after this season and we are not sure if he will be extended or signed as a FA back with the Canadians after. Trades could also occur over the course of this season and the offseason. However, for now the Canadians have their sights on the playoffs and will definitely be making a push for their first franchise playoff appearance. It’ll be interesting to see Shields’ first start. Game on!