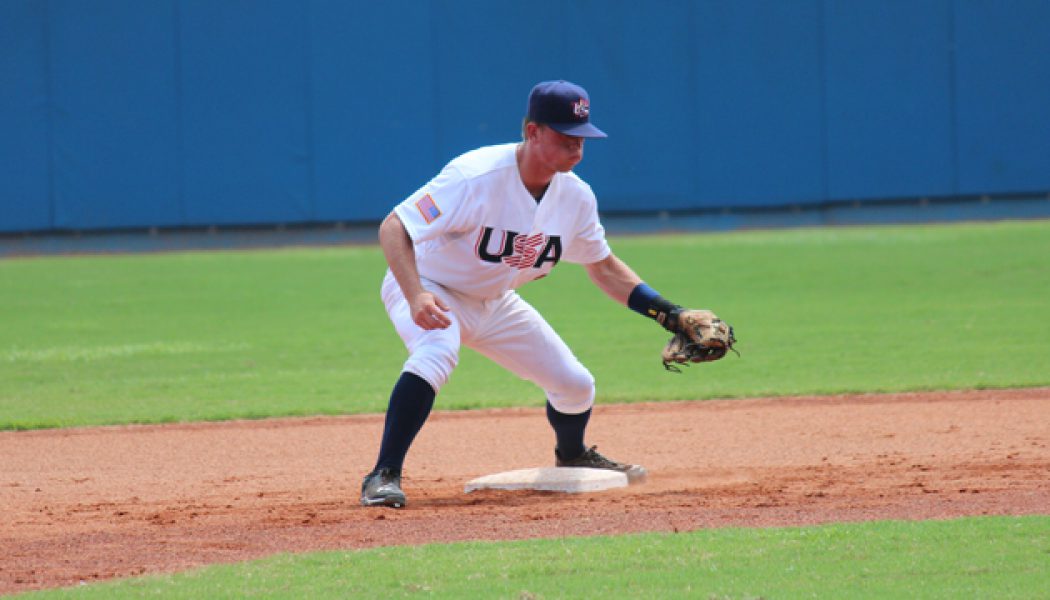 Minneapolis, MN – Despite starting a league best 11-4 through the team’s first 15 games, the Minneapolis Millers announced late last night that they would be promoting their top prospect, shortstop Trace Loehr. The team also demoted Slade Heathcott in favor of defensive standout Bubba Starling prior to their series against San Diego, so it appears likely we will continue to see minor tweaks over the first few months.

“We think very highly of Trace,” Millers GM Erik told reporters. “His defense is truly elite, our fans are in for a treat when they see him make a few plays.”

Loehr was acquired prior to last season, in the Masahiro Tanaka trade.

The team has benched long-time starting shortstop Elvis Andrus, who’s struggled out of the gate after spending most of last season injured, and he’s reportedly available for other teams to target as we head into the summer months.

Andrus’ defense has remained very good this season, and while Loehr should be an upgrade defensively, just how much remains to be seen. Scouts insist Andrus is still a better hitter at this point in their careers, and several executives I spoke to expected Loehr to struggle out of the gate.

“I think Andrus will be their starting shortstop again in a few weeks,” the unnamed executive told me. “He’s probably not going to be traded, because Minneapolis is going to want at least one very good prospect, and maybe more. Loehr’s not going to hit yet at this level.”

Minneapolis is confident that Loehr’s bat will play just fine at the big league level, though. He was hitting .267/.313/.479 through 8 games before being promoted. He brings surprising pop for a middle infielder, and should be able to hit from gap to gap if the home run power hasn’t yet developed. He’s posted an OPS in the mid .700’s at every minor league level, although some bad luck on balls in play hurt him last season. If he can continue to dazzle with the glove, his offense won’t be that important anyway.

“It’s exciting,” Loehr said about his promotion. “Hopefully I can stay in Minneapolis all season.”

The former team USA shortstop will be making his debut against his former organization, the Mahoning Valley Scrappers, who moved from Akron recently.

“It doesn’t make it any more special,” Loehr told me about facing his former organization in his debut. “It’s my major league debut.We could be playing the 1927 Yankees or the 1995 Minnesota Twins, it wouldn’t matter. I couldn’t possibly be more excited.”

Neither could Minneapolis, Trace. Best of luck.