For the second year in a row, the Charlotte Knights have started out slowly, currently in 3rd place, nine and a half games out of the division. Yet for the second year in the row, the Knights have complete faith in their team to come back. This is because this team came back from a similar position in the standings last year to end with the best record in the league before a playoff series sweep of Vancouver, and a series win over San Diego to make their second championship appearance. Today, we were able to sit down and talk with some of the teams players.

BG: Jorge, you came to Charlotte as 23 year old with just 5 games played at the AAA level, and the team immediately promoted you to start at the CBL level. How does this show of faith impact you?

JR: Well, I knew I was ready, I was coming off of a strong first half for Kelowna, and was ready to take on the best there was. That the team had faith to start me right after acquiring me was huge, and I felt I had to show them that they made the right choice.

BG: Now, despite the love the team has for you, in all 3 of your full seasons, you’ve been platooned, starting only against right handed pitchers. Does this bother you at all?

JR: Growing up, I was the lefty hitting slugger, and because I grew up in a small town, I never faced a left handed pitcher until I was in rookie ball. This is one of the reasons that my hitting wasn’t as good against them. I also am teammates with one of the best hitters in the league versus left handed pitchers. So to take the bench and watch Zach [Shannon] go to work, with that beautiful swing, I’m more than okay with it.

BG: Despite this platoon, you were still able to win the Louisville Slugger Batting Champion award, given to the best hitter in the FL. How does this accomplishment make you feel?

JR: It was fantastic to be honored for my success. But while it was a great year for me, to end it on a loss in the championship. This year is the year for us to win it.

BG: You spent years in the Minnesota Twins organization, never playing professional baseball until you were 25. Then you signed a deal worth over $15 million over 4 years. What was the first thing you did after signing?

LD: I’ll be honest, I went out to a really fancy steakhouse. By myself. I ordered 3 appetizers, 2 steaks, a pasta, and 3 more desserts. I washed it all down with a bottle of scotch and a bottle of champagne. I spent more than I’d like to admit.

BG: Wow, well that certainly is one way to celebrate. How’d it make you feel spending a majority of your first season in AAA?

LD: That hurt, you know to be given that kind of money, then not even used as a 4th outfielder. I was ready to demand a trade.

BG: But then this year, the team moved Michael Chavis, a fan favorite, so that you could be called up. And you responded by being chosen as the FL Rookie Batter of the Month.

LD: The team realized that their best chance to win was with me in the order. It was as simple as that.

BG: You were the only player the Knights went out and acquired this offseason. They felt that after a championship run, the only addition they needed was you.

JL: It was great to be seen as a potential solution to put the team over the top. And to put me at a new position, and have faith in me to perform in that role was amazing.

BG: About that, you’ve started at four different positions since making your CBL debut, but never been used as a roaming utility player. What allows you to adapt so quickly?

JL: I was always the best athlete in high school, so I played shortstop and pitched. When I got to the minors, teams saw my speed and decided I was best suited as a center fielder. So once I got to the CBL, I had felt comfortable at both of those positions, and second base and right field are similar enough.

BG: The team has started out slow, do you see them turning things around?

JL: Certainly, the talent on this team is unreal. I mean with Erie and Altoona, there were talented players, but I was able to show up every day and feel that I was among the best on the team. There’s days with Charlotte that guys seem to be going through the motions and they do things I could never dream of.

BG: Drew, the team had internal debate about whether to execute the team option for this year. They sure should be glad they did.

DS: Yeah it sure has been a good season for me. I’m glad the team decided to keep me around, and I was more than happy to sign an extension, Charlotte has been great for me and my family.

BG: You’re really a leader in this pitching staff. Sure you have Randall and Alaniz, but after that you have all guys who have close to a quarter the service time you have.

DS: This is a young staff, but Alan, Jesus, Ty and Daryl have all been great in their first few years. They’ve been a great group of guys to be around, and don’t treat me like the grandpa of the team.

BG: Things are looking like you’ll get just your second All-Star appearance. The last time you were chosen, you were 28 years old. What’s changed since then?

DS: Back then I relied on my fastball to blow it by hitters. That year I had gotten into a groove early in the season, spotting y fastball well, and when they made contact, it was right at people. Now I rely on my command and offspeed pitches. If I throw more than one fastball in an at-bat, something went wrong. I’m an entirely different pitcher now. Both types work, but this is what’s working for me now, as I lost some zip on my fastball since then. That was two kids ago.

BG: Matt, thanks for taking the time to meet with us. You know, this is the second year in a row that your team has struggled out of the gate. Any thoughts on why?

MW: The last two seasons, we weren’t working as a team. We glossed over the personalities we had on the team and soon we realized our mistake. We made the adjustments necessary and should be back on track, just like last season.

BG: Since your first season, you’ve been able to build a top three farm system, but also won the division 3 times, and have made the playoffs every season. What do you attribute your success to?

MW: After the first season, we had a mix of veterans and young players, with a group of prospects on the way. As each year progressed, and the prospects come up, the veterans became expendable. We then targeted teams that were seeking help at these positions, and worked it until we got a deal that we were satisfied with. We then tried try to keep our prospects as long as we can, only moving them in a truly optimal deal.

BG: You have the 2nd best winning percentage of all GMs, and are the only GM to make the playoffs every season (with more than 2 full seasons). Do you think you can continue this success?

MW: We have two of the top five hitters in the entire league on our team, and a pitching staff with 3 starters with less than a year of CBL service, who are all projected to be top of the line pitchers. Once they’ve handed the ball off, they can go to any of our four young electric arms, all of whom have dominated in their first few years. On top of that talent, we recently acquired the #2 overall prospect, and boast three pitchers in the top 100 prospects. This is a team built to last for years, and we expect them to make the playoffs again. 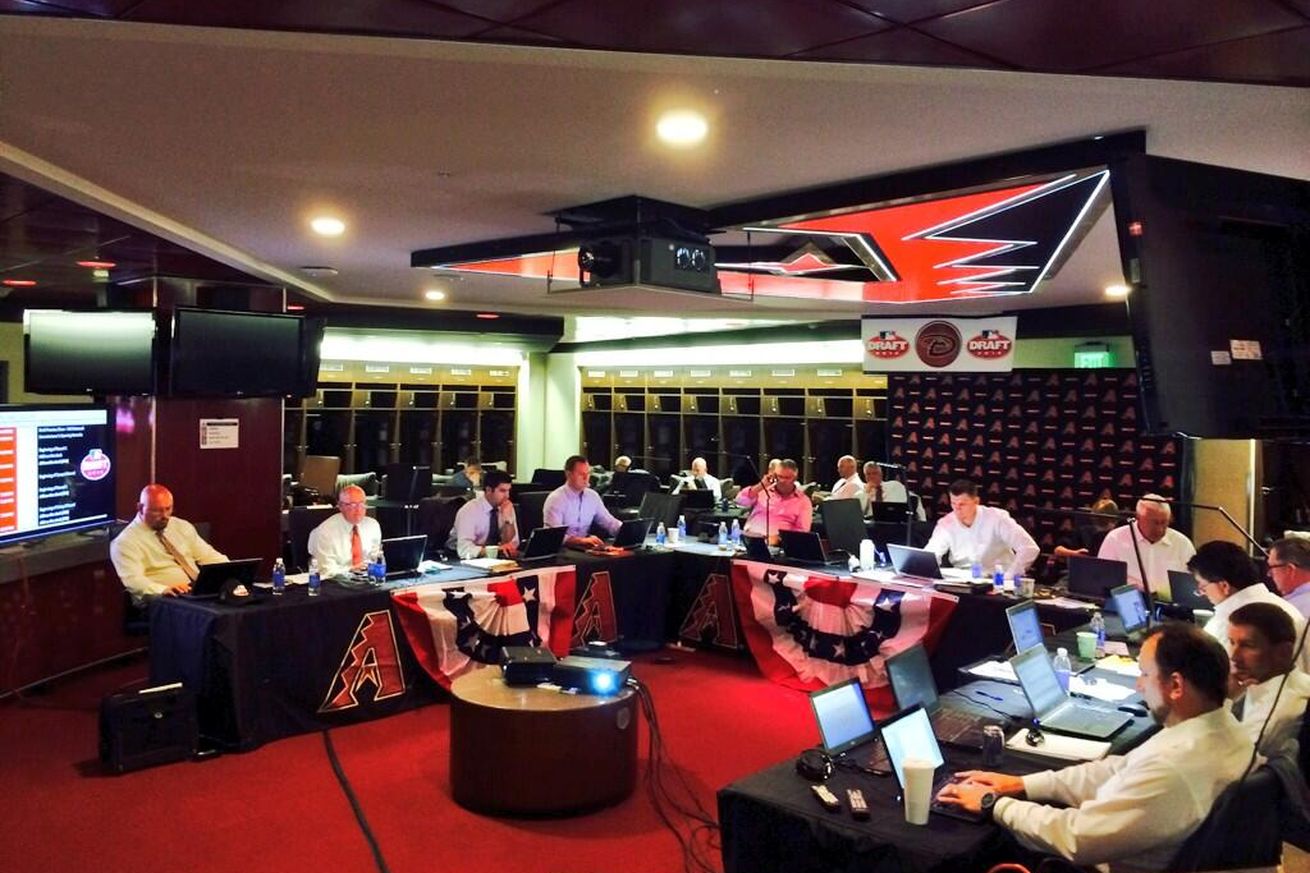