Another CBL season is about to commence!

Last year my predictions were incredibly flawed and inaccurate but I’m here to give it my best shot again this year. Let’s start off with the incredibly entertaining FL West 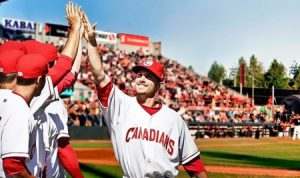 Last season for Dancouver saw some old faces leave but had the same results. Losing Jeff Hoffman didn’t seem to slow them down at all. Dancouver was an impressive blend of offense,defense, and pitching and once again excelled to the best record in the FL.

94 wins for Dancouver?!? I must be out of my mind! I’m predicting a little bit of a slip with Dancouver. They seem to be moving towards a younger new wave, which actually while the wins may be down a little bit I think this actually bodes well for there organization. Look for Fernandez to have another spectacular year along with offensive phenom Griffin Keller. If I had to predict one guy who may slip down a little bit on Dancouver; I think Cobi Johnson may struggle a little more than Dancouver is use to and I don’t know if Tanaka can have another Bob Feller like season. 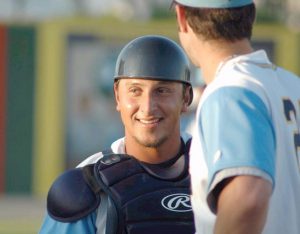 2024 saw the Surf Dawgs surprisingly take a small step backwards. San Diego had been a team appearingly on a consistent upward tilt but last year was a tad disappointing. Chase Vallot had probably his worst season to date which is concerning for a franchise that he’s clearly been the face of.

You have to love what San Diego has going on with their starting rotation. The acquisition of Hunter Harvey is one that makes me jealous because I was in on him in the off season but I think he’s very fitting for the Surf Dawgs. Juan Acosta is an absolute stud and Mike Smith is a perfect guy to go right behind him. Hector Espinosa is going to have a full season for San Diego which is huge… lastly I think emerging star Joe Terry will do wonders for their bullpen! I think San Diego gets back to their consistent upward tilt this season. 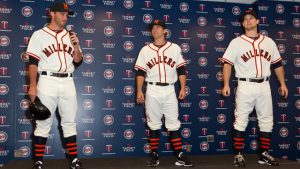 2024 treated Minny great! I have to admit they were one of my favorite teams to watch! Freddie Freeman and Jedd Gyorko rose up from the dead to propel that team into the playoffs. Getting Clint Frazier during the trade deadline was huge and I think GM Erik is quietly one of the most crafty GMs we have with us. 2024 is a testimate to that.

A tie with San Diego?!? Wouldn’t that be something?! I think Minny has built there team up to be quite successful for the long term. I like the mix of vets like (Sanchez, Loehr,Gyorko,Frazier) mixed with a good young core (Sanders,Gabriel,Santos,Romero.) I think my main question mark for Minny is pitching. Can Delgado,Alaniz,Toussant, and Kershaw propel Minny into playoffs once more? 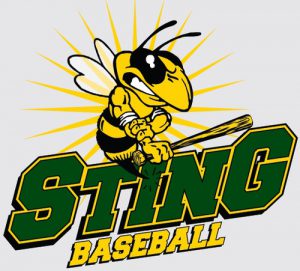 GM Mike McAvoy took a laid back patient approach to evaluate his new team. That’s something I think paid huge dividends for him this off season. Calgary was on cruise control much of last year but actually got some good preformances by players acquired by the previous regime like Kris Bryant and Orlando Vidro. 2024 saw the Sting miss playoffs for the first time in team history but that wasn’t McAvoy’s fault at all. Calgary was a ticking time bomb and he inheritated them.

This Record isn’t indicative of the state of the franchise. I think they made one of the best trades in CBL history this off season moving Matsuda. Kevin Hudson and Luis Lopez make for an intriguing back half of the bullpen and from the Matsuda trade they bolstered that starting rotation with pitcers Jim King and J.J Abiram. I like the state of this franchise and the direction Mike McAvoy is taking them. That being said I think they need a little more time to build up together and be the team McAvoy is invisioning.

Once again I believe Gary will take them in a better direction and will use his top pick to the best of the franchises ability. I’d like to take a minute to express my excitement for Mike and Gary being in the same division again! Three cheers for the rivalry being reunited! That being said Gary hasn’t been able to put his stamp on Tucson yet so they will still struggle heavily this season.

So there you have it! The FL West predictions. I’d like to stress these are just the predictions of one man and would love to hear comments on either slack or comments of this article