General manager Tim Imasa has been several strategic waiver claims, most notably Kyle Seager and Carlos Santana, from the Vancouver Canadians and the Richardson City Blood Raven, respectively. Both have performed much better than they did with their previous teams, and since the Surf Dawgs gave up nothing to get them it could certainly be called a great move in both cases.

But left fielder Joc Pederson has performed well this season, already topping his career high in home runs, with 18, and adding 8 stolen bases. While his batting average hasn’t been the best this season, it is above his career average, and he has not had the greatest support around him this season, allowing teams to pitch to him the way they want, leading to his 10% walk rate. With 2 more seasons under contract, he should still be a threat in the middle of the order, continuing to put up career numbers, as San Diego starts to compete again.

The number three ranked system, San Diego is set to return to the playoffs soon. Led by number four overall pick in this years amateur draft, starting pitcher Mike Smith, the Surf Dawgs have a number of prospects who could be stars at the CBL level in the near future. Focusing on this season, the CBL’s number 3 overall prospect, double-A right fielder José Arvizu and closer Beau Swan have both had spectacular seasons.

Although no other players that were traded mid-season have been included on this list, Arvizu’s season has been so spectacular it can’t be overlooked. Already the number 2 rated hitting prospect, he seems to be overlooked despite his enormous potential. This season he’s batting.325, with 19 home runs, and he’s on pace for a 6.7 WAR season, and could see himself in the CBL next season, as one of their outfielders is set to become a free agent following the season. Keep an eye on him because he could be the next Jason Heyward.

Swan, a second round pick in the 2nd round of 2017, won the NAIA Golden Arm Award in his final season at Vanderbilt University. Although he was a starter all of his college career, outside of the HWL he has been used as a reliever, closing in 2017 and then again this season. Despite a 3.33 ERA, he has had 20 saves in 25 chances, using a four pitch repertoire to fool hitters at the end of games. Still only 23, Swan will not be rushed to the CBL, but allowed to perfect his craft and hopefully be brought up to contribute to a winner.

The expansion Storm are in only their second season, but have upside, as they are on pace to get to 71 wins, 8 better than last season. Led by star third baseman Edward Salcedo, who mashes right-handed pitching at home, with 19 of his 27 home runs coming against them at home. But starting pitcher Michael Pineda is putting up a strong season in his age-30 season.

This two-time CBL Premier Cup Series winner was the key free agent signing of the Storm this offseason. Following his signing, he was immediately named the team’s number one starter, and while he hasn’t dominated, he hasn’t missed a single start, and leads the team in strikeouts, is tied for the lead in wins, and has the lowest FIP among starters. He has also had two games with over ten strikeouts this season, doubling his career total. While St. Louis looks like a far cry from a playoff team, they are still in the race, and Pineda will be needed to help lead this pitching staff if they have any hopes of making the playoffs.

The Storm have one of the weaker farm systems, ranking 15th in the CBL, but they have only had two years of drafting and trading to stockpile their talent, so there’s no blaming them. Triple-A reliever Jose Campos and right fielder Dylan Cozens are both older, 26 and 25 respectively, but have both had good seasons and will definitely see playing time come roster expansion.

Campos was a minor league free agent signing this offseason, and although he fought it out with Jake Arrieta for the last spot in the bullpen during spring training, the fact that Arrieta was guaranteed a CBL roster spot forced the team to go with Arrieta, sending Campos to triple-A. This season he has had 13 saves, with a 2.89 ERA and is averaging just over a strikeout per inning. Using a four-pitch repertoire, Campos uses mainly a fastball and sinker to keep hitters off-balance, relying on good movement and control to keep runners from getting on and scoring. With Arrieta’s recent injury, Campos should be the reliever called up to take his spot.

Yet another free agent signing this offseason, Cozens signed a 2-year deal, worth $1 million a year, but ended up being sent to triple-A. At 6 feet and 6 inches, and weighing 255 pounds, Cozens has the potential to be a 30 home run a year guy, and will come close this season, as he’s already at 19, and he has added 7 stolen bases. He’s been able to do this without his batting average dropping, besting his career average to the tune of .292 this season. Winning the Pacific Coast League Player of the Month in June, as well as being selected to the PCL All-Star Game, Campos has done well and is deserving of a call-up to the CBL, where he could take advantage of the hitter’s park known as the Great American Hillbillies Ball Park.

On pace for at least 113 wins, the Syracuse Orange are fantastic from top to bottom, featuring 3 potential Bob Feller Best Pitcher Award winners, and 3 potential Most Valuable Player winners, being Stephen Strasburg, Tyler Kolek, Felix Hernandez, Jim ‘Ape’ Kilpatrick, Miguel Cabrera, and Justin Williams. These six players could be placed on a roster filled with replacement level players, and they would still be in the playoff race. But they aren’t surrounded by replacement level players, so they’re well on their way to the best record in the league.

With the number one starter’s ERA, and arguably the three best pitchers in the Heartland League, Jimmy Nelson is quietly putting up a fantastic year. On a deal that gives him less than $1.5 million a year for the next four years, he is having the best year of his career. Seen as their number five pitcher, he’s pitched to a 3.03 ERA while going 12-4. On pace for 20 wins, Nelson, who barely made the rotation to start the season, has proven his worth, along the way winning the Heartland League Pitcher of the Month for June. When asked why he was doing so well this season, he accredited general manager Gary Currier for building a strong defense behind him, but also said he dedicated this season to his wife, whom he married in the offseason.

In a full-out effort to win their first Premier Cup Championship, the Orange’s farm system has been depleted to help in their attempt at the title. This leaves an empty system, but triple-A starting pitcher Cody Reed and double-A shortstop Cole Tucker have both had good seasons.

Reed did get his first action at the CBL level this season, starting three games, but giving up 12 earned runs in just 13.1 innings. But at triple-A, splitting his time between starting and relieving, he has kept his ERA at just 2.62, going 6-4 with 4 saves. This stellar performance earned him a selection to the PCL All-Star team, the second of his career. If he continues this, he can also look forward to the awards ceremony for the PCL Best Pitcher Award, as he came in 2nd last season, and has only been better this season. Still only 22 and a lefty topping out at 99 MPH, Reed has a ton of potential to be part of the CBL, and while it doesn’t look like he could break into the starting rotation, he projects as a stellar reliever, which the Orange are always looking for.

Tucker is a switch hitting utility infielder, who can also play some left field, and this year, his first at double-A, he has finally put it together at the plate, earning himself a Southern League All-Star selection, twice being named Batter of the Week, and once Batter of the Month. Apart of the Syracuse organization since 2014, he has played at the single-A level every year until now. Even at single-A he never batted above .269, which was in 2015, where he only had 26 at-bats. But this season, in 324 at-bats he has batted .296 and is on pace to tie his current career high in home runs. Also on July 9th, he hit for the cycle, showing of his power, speed and ability to hit the gaps. While the Orange look more than set in the infield for the foreseeable future, Tucker could be a part of a trade, as utility infielders, and switch hitters, are both valued highly. 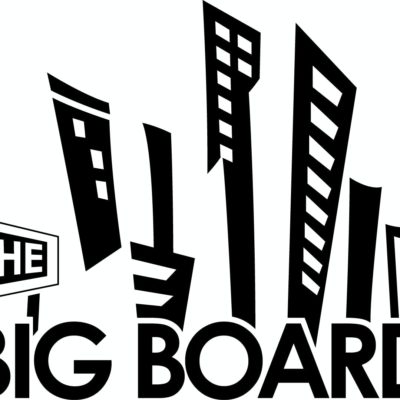