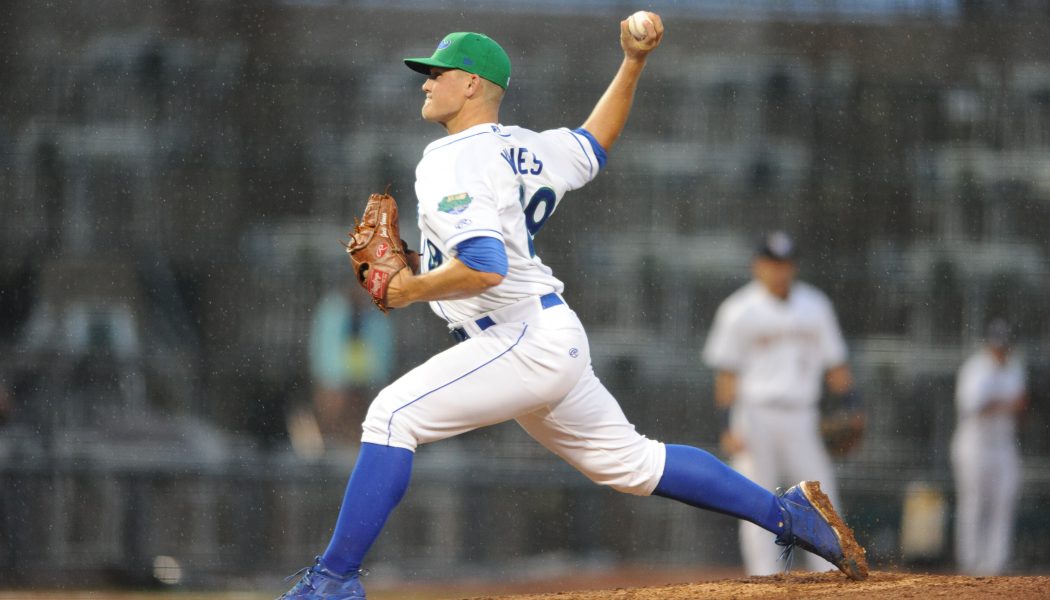 Originally signed out of Cuba in July of 2026, Anibal Cardenas has been a scouts favorite since. At 6’1, 170 pounds, his nickname “Chubby” seems odd, but he insists he was an incredibly fat baby and the nickname has just stuck.

Cardenas began the season at the Low A level, where he put the league on notice that he was going to be a force in the future. In 50 games, the infielder hit .384/.421/.664 with 11 home runs and 22 doubles. That impressive performance earned Cardenas a promotion to the High A level, where he struggled a bit as one of the league’s youngest players. He seems likely to begin the year at the High A level again, but he could be a fast rising, quick to the majors prospect if he can continue to improve.

Sources insist several teams have inquired about the young Cuban, but San Diego has made it clear he’s close to untouchable. That seems like a wise decision.

Acquired by the Austin Bats this off-season for a package of players, Stocker had a fantastic 2029 season in the Indianapolis Arrows organization. We covered Stocker’s standout minor league stats over the last few years in another article, but this past season may have been his most impressive yet.

The former #2 overall pick hit .295/.367/.552 at the High A level in 138 games, with a ridiculous 76 extra base hits. However, his base running is worrisome, as he stole 22 bases in 49 attempts. He was caught stealing 27 times. Austin likely will have him on a much shorter leash, but there’s no denying the potential is there to be a 30 steal player if he can learn when to run and when not to.

His defense in center field also projects as elite in the future, which makes Stocker a real five-tool prospect, and he could soon be one of the league’s most valuable players. Austin was wise to make a bold move for this future MVP candidate.

Dadura played just two games at the Low A level, so it would make sense for him to begin the season there, but some executives would like to see him pushed more aggressively and given a promotion all the way to AA. He’s a name to watch as the spring winds down, and while he’s almost certainly nothing more than a DH at the CBL level, if his bat develops as some expect that won’t matter much.

Drafted 2nd overall this past June out of Vanderbilt, Kevin Garvey was a bit oddly sent to Rookie ball for the rest of the summer after signing. As a 21-year-old playing against mostly 18 and 19-year-olds, Garvey excelled, as expected. He hit .283/.383/.697 with 22 home runs in 53 games and added 7 steals in 9 attempts.

Garvey could potentially develop into an average defender in center field, but he looks like a major asset as a corner outfielder on both sides of the ball. Some Arrows fans had to be dreaming of an outfield built around Garvey and Reggie Stocker, but with Stocker in Austin now, Garvey’s going to need to live up to his draft status. Thus far, he has, but he’ll need to be promoted a bit more aggressively to be sure.

Signed out of the Dominican Republic in September of 2025, Jose Rangel is an imposing figure on a pitching mound. At 6’7, 205 pounds, the big lefty possesses a fastball that has reached 97 MPH and a wipeout slider that makes minor leaguers look silly. Rangel has put together very impressive back-to-back seasons on the mound. The 20-year-old posted a 1.93 ERA in 10 starts last year at the low A level, earning a promotion to the High A level this season.

In 29 starts, Rangel went 12-9 with a 2.77 ERA, with an incredibly impressive 203 strikeouts in 172 innings pitched. If he can improve his home run rate, Rangel could develop into a very good starter, but even if not, he should be a very useful late inning reliever as a lefty with potentially two elite pitches and high velocity.

Drafted in the 3rd round in 2028 out of Nebraska after posting a 17:1 K:BB ratio and 0.69 ERA, Antic has continued to be a very good late inning reliever at each minor league stop. He continues to be overlooked around the league, however, because of his diminutive size. The 5’8, 160 pound lefty is smaller than most high school pitchers.

Despite his size, Antic can hit 95 MPH, and has a nice curveball as well. Antic doesn’t have the same kind of stuff or upside as someone like Jose Rangel, but as he continues to dominate minor league hitters, he’s going to need to be given a chance to see if he can do it in the CBL. He shouldn’t be too far from his CBL debut.

Originally drafted by Nashville out of high school in 2024, Guzan was traded to the TC organization the following year as part of the package that brought Carlos Correa to the Outlaws.

The Bullet Club chose to be patient with Guzan, keeping him at the High A level for the better part of the last 4 seasons. He’s improved each season, posting ERA’s of 3.17 and 2.84 in his first two seasons, before truly dominating the past two seasons. He went 14-1 with a 1.38 ERA in 21 starts last year, and then improbably repeated the level again this season, going 11-4 with a 1.58 ERA in 26 starts. After winning nearly 50 games and throwing nearly 600 innings at the High A level, Guzan was sent directly to AAA for his final two starts.

He went 1-0 in those 2 starts, throwing 13 innings, with 12 strikeouts, 3 walks and a 1.38 ERA. Scouts believe the 22-year-old only possesses two CBL-caliber pitches at this point, however, and feel his curveball still has a ways to go to give him the must needed third pitch. Expect Guzan to open the season at the AAA level, but if he can continue his success from the last four seasons, we should see him in Traverse City by the end of the year.

Originally signed out of Australia in 2027, Bowlby made the trek stateside as a 19-year-old for the 2029 season and his debut was impressive. He began the year at the Rookie league level, where he made 10 starts, going 5-1 with a 1.64 ERA, posting 59 strikeouts with just 8 walks. That dominance earned him a promotion to the Low A level, where he continued to pitch well.

Bowlby was used mostly out of the bullpen after his promotion, making just 3 starts compared to 14 relief appearances. He posted a 3.03 ERA while striking out 39 batters in 38 2/3 innings, and seems likely to be given a chance to start this year. He’s likely a few seasons away from any potential CBL debut, but after an impressive debut season, this is one Australian worth keeping an eye on.