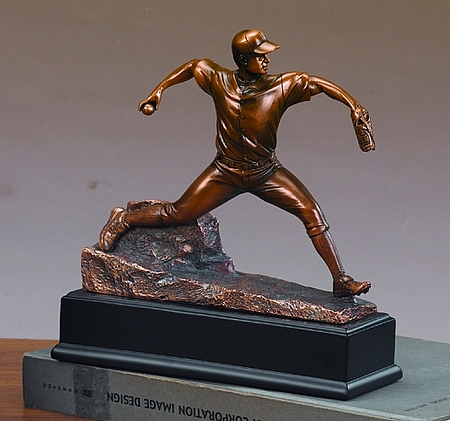 Although it’s named after the late MLB Hall of Famer Bob Feller, it has been Syracuse Orange pitcher Stephen Strasburg‘s award to lose the last 3 seasons, as he has gotten better and better each season, with this season possibly being his best. Despite this, he does have some serious competition for the award, and with the expectations being so high for Strasburg, can he live up to, and surpass them to win the award for a fourth time? In the Frontier League, Vancouver Canadians pitcher Jose Fernandez looks like a strong candidate to win, which would be his third time winning, but he has several competitors for the award.

The Syracuse Orange sport the number one starter ERA (2.75), which is head and shoulders above any other team, headlined by Strasburg, Tyler Kolek and Felix Hernandez, who are number one, two and three in ERA in the league, all below 2.50. The case could be made for all three as the Best Pitcher this year, but Strasburg leads the pack. Not only does he have the single season record for lowest ERA, but he also has 20 wins, and it’s not even September yet. He’s also got the league lead in strikeouts, with 67 more strikeouts than the next best. He’s been on the bump every fifth day, not missing a single game this season, while keeping opponent batting average below .200, and WHIP is at 0.9. Despite these unbelievable numbers, expectations are unbelievably high for Strasburg, and some voters make take that into consideration, leading to them voting for either one of his teammates, or Dayton Sting pitcher Brady Aiken.

Kolek and Hernandez make their arguments similarly to Strasburg, with dominating numbers across the board, but simply not as good as Strasburg. The nod would most likely go to Hernandez over Kolek, as this is a career year across the board and he has been even more dominant in the last month. Kolek could get some votes, as in only his second full season he’s been fantastic, but at just 23, his time isn’t now, so just placing in the top five will be impressive enough.

Aiken is the only one who may truly give Strasburg a run for his money, as he’s been very impressive, just as he was last year when he almost took the award from Strasburg. He has the best FIP in the league, which takes into account how dominant he’s been over things he can control, taking his defense out of the equation. But he’s also had a very good ERA, currently at 2.75. If he returns to the form he had before the All-Star Game, he could get his statistics back closer to Strasburg’s, and possibly steal the award away.

Our prediction is that Stephen Strasburg wins his fourth Bob Feller Best Pitcher Award, not just in total, but in a row.

Jose Fernandez has won the award the last two years, and appears to be well on his way to win it for the third time. But he definitely does have some competition. Fernandez is second in the league in ERA with 2.57, and strikeouts with 205. He’s also first in H/9, opponent batting average, and games started. Despite all of this, he only has 10 wins, which while not his fault, voters are known to take this into account.

Minneapolis Millers pitcher Jordan Zimmermann has put together a strong campaign, despite pitching for three different teams. He leads the league in FIP, and BB/9, going 11-11 with a majority of his time coming for a losing team. He has also been very good since coming back to the Frontier League, joining the Millers. In 7 starts, he has gone 4-1 with a 2.22 ERA and a 0.95 WHIP, while taking the Millers back into the playoff race. If he continues to dominate in the last month, and leads the Millers to the playoffs, he may receive votes.

Another player who started the season in the Frontier League, left, only to return is Charlotte Knights pitcher Ruben Alaniz. Making two starts with the San Diego Surf Dawgs, and struggling, before being shipped to Altoona in a deal, Alaniz settled down some before coming to Charlotte in a blockbuster trade. With Charlotte, he has come in and become their team leader in wins (9), strikeouts (125) and has posted a 2.02 ERA. He has thrown 2 complete game shutouts which is tied for the league lead, and has headlined this transformed Knights rotation. If voters look only at what he’s done with Charlotte, and don’t discredit him for not being with the team the whole season, his statistics speak for themselves.

It all comes down to this final month. Fernandez would be the winner if announced today, but Zimmermann could continue to bolster his argument, especially if he leads his team to the playoffs, but Alaniz’s statistics speak for himself, as his performance with Charlotte, if expanded to the whole season, would put him by far and away in the lead for the award. Ultimately, we believe Ruben Alaniz will have put together a strong enough season to sway voters his way.