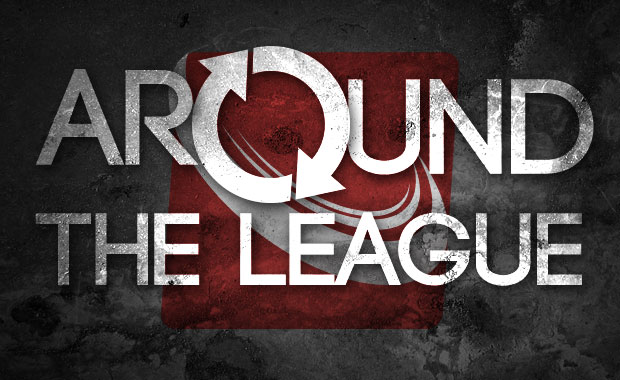 Just a quick look around the league over the last week or so in-game time.

Danny Chapman, who hit .426 this past season while winning every major collegiate award, managed to fall all the way to #8 as a run on starting pitchers surprised mock drafters across the country.

Erie‘s selection of Clarence Sugarman at number 10 overall was a bit surprising as he hit just .215 with 3 home runs compared to 50 strikeouts and just 6 walks over 2 seasons, but the Seawolves clearly see potential in the draft’s coolest last name.

Outfielder Tyrone MacGruder, who had the best high-school season among draft prospects, fell all the way to the Supplemental round where Mahoning Valley stole him at #18 overall.

Vancouver locked up a trio of veterans, including superstar catcher Sergio Rodriguez over the last week. Jose Noriega and Lonnie Westrick signed guaranteed deals but would have remained in Vancouver next year either way. The Canadians are likely very happy to have all three contracts done.

St. Louis reportedly agreed to trade first baseman Jose Garcia to the Austin Bats, before nixing the deal at the last minute and instead agreeing to a 3-year, $54 million extension with their standout first baseman.

A CBL Legend to Retire

Aurelio Rivera is known as one of the hardest workers in Continental Baseball League, but that body of work will come to a close at season’s end.

“I’m going to hang up the spikes,” the 38-year-old Portland Panthers right fielder confirmed today. “I’ve busted my butt for years for this sport and I’m grateful for all that I’ve accomplished in baseball.”

“Rat” should be a first ballot Hall of Famer if there ever was one, a key piece for the great Richardson City run that dominated the league for so many years.

Andy Ramsey launched his 300th career home run against the team that traded him.

Lucio Aguilar‘s legend continued to grow, as he hit for the cycle for the first time in his career.

Bennarivo is the league’s most consistent, best hitter playing in the league’s most hitter friendly park. Think 2001 Barry Bonds playing at Coors Field. “Dude” as Bennarivo is affectionately nicknamed, is hitting .333/.398/.686, basically in line with his averages over the last four seasons. Unfortunately, a nagging back injury has sent Bennarivo to the DL, and he appears unlikely to play in the mid-summer classic this year.

Jose Cortez has had a very good first half, but not quite the kind you’d expect from a leading vote getter. However, Cortez’s immense popularity and the Dreamers sparkling record have nudged Cortez ahead of both Lucio Aguilar and Ernesto Encarnacion among center fielders. That he has such great competition and has still managed to get the most votes in the FL speaks to his fan following.