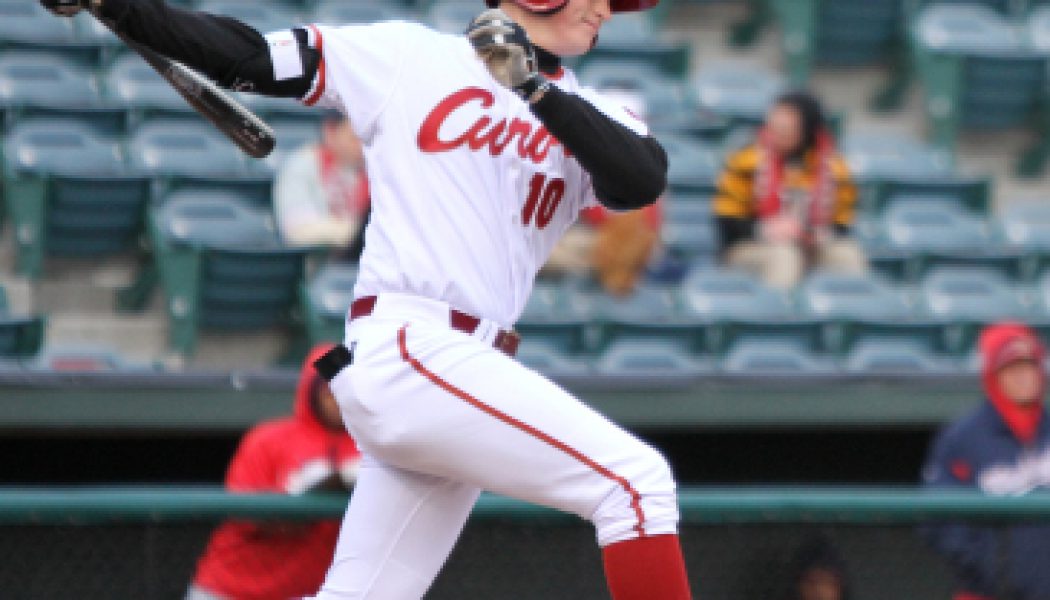 Fresh off a game in which the 26 year old right fielder went 2-4 with a HR we’ve decided to dive into the Altoona Curve RBI leader and talk to him about making the most of his chances and why he seems to get better whenever a man is in scoring position. We’ll also get manager Ron Gardenhire’s take on the young Right Fielder and we’ll talk to GM Justin Zima about where he sees Yelich fitting in for the future of the Altoona Curve.

We Sat down with Colin Yelich following Altoona’s 9-7 loss to the Dayton Sting. We asked Yelich what playing in the CBL means to him and if he always envisioned being called up to the big leagues. “Well I think almost all the players in the CBL will tell you they dream of the day they step foot on the diamond at the big league level. I know across the league organizations were mixed on me and I’m grateful the Altoona organization gave me a shot… It really beats you down when career minor leaguer is talked about when organization talk about you. It makes you wonder what you could do better and if you even have it in you to be better. For me I’m using that criticism as fuel, I want to surprise everyone; even the team that’s given me a shot. I want to show them I’m not a temporary fix or player but rather someone they can count on for years to come.” We asked Yelich what he believes can keep him on Altoona for years to come. ” I need to keep driving in runs, plan and simple. If I can drive my teammates in and give us a chance to win by doing so then that’s something I think the club will value. I just have to go out and do my job every day and every night.” Yelich soundef like a man who still has higher expectations of himself. “I’m constantly putting pressure on myself. Just because I found a little groove this season doesn’t mean I have a spot locked up for myself next season or the seasons to come. I’m in competition with myself to get better every time I step on the baseball field and that’s a goal I’ll maintain for myself as long as I play this wonderfully complex game.”

We also sat down with manager Ron Gardenhire about his young right fielder. “Yelich has grown into a pretty valuable player on this team. Coming into spring training he was on the outside looking in on this Altoona Roster, now he’s leading the team in RBIs. The game’s funny like that; one second you believe in one thing and then someone makes you believe in another. The kids still got a long way to be a consistent everyday player but I’ll admit the kids work ethic impresses our coaching staff and right field will be his spot to lose come next spring.”

General Manager Justin Zima seemed just as impressed by Yelich. “The kids got a long way to go, that’s certain, but I trust Yelich will work his ass off to get there. You see the knowledge and love of the game in Yelich every single time he steps on the field. I can’t make any promises that he’ll be the starting right fielder for years to come or even next season but right now we are very comfortable with him there.”